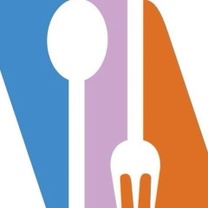 Founder Bill Evans brings more than 30 years of expertise in baking biscuits, cookies, cakes, pastries, and other delights to the community through Set The Banquet Table.

Concerned about the plight of the hungry, Bill served as the Executive Director of the House of Bread for more than a decade providing daily hot meals to hundreds of hungry and homeless persons in Montgomery County. He was hired with a mandate to build a permanent structure for this Community Kitchen started by Sister Dorothy Kammerer and local business man Joe Bettman in 1983. Bill brought to this Community Kitchen the skills he had in understanding  the essence of food service operations.  His business background and food service experience brought him to the ideal place to carry on the vision of the founders and the people that followed them.


Bill and his wife, Rosemary, also operated Evans Bakery at 700 Troy Street for 30 years. It is now owned by Jennifer Evans and her business partner, Matt Tepper. Her sister, Kate, and even the grandkids help with this family business.


You, too, can learn how to create some of these bakery treats because it is part of the culinary experiences that supports hunger-related organizations, such as SBT Chefs. These organizations receive the finances needed to feed the hungry throughout the Miami Valley.

Set the Banquet Table board members include citizens with experience in culinary arts, business, and education.

A graduate of the University of Dayton, Bill worked as a probation counselor for two years before opening Evans Bakery in 1969. He owned Evans Bakery through 2004. From 1999-2004, Bill was the Executive Director for the House of Bread. He shares that, "When hired as Executive Director of  the House of Bread my mandate was to build a permanent structure. I did that with a mortgage loan of $549,000. When I left there 10 years later the mortgage balance was zero. Many people were involved in that. Their stories will be told over time. I am grateful to all of them." Bill founded and was the Executive Director of Set the Banquet Table from 2015-2020.  Bill has earned several certifications and awards including Certified Master Baker, and the Artemis Peacekeeper Award (1998). Bill enjoys volunteering and serving on various boards including St. Vincent de Paul (volunteer since 1975 and was the District Council President from 1986-1994), North East Priority Board (member for 15 years), City of Dayton Board of Zoning Appeals (member for 14 years),  Culinary Arts Advisory Board and adjunct instructor for Sinclair Community College and is an active member of Our Lady of the Rosary Church.

Bill notes his biggest accomplishment outside of work has been raising a fine family.

Stan spent 38 years at Archbishop Alter High School shaping young minds as an Administrator and Educator. While at Alter, he was the founding Director of Campus Ministry and later inducted into the school's Hall of Fame. In addition to being a board member of SBT, Stan is a board member at the Castle where he also volunteers. His volunteer efforts also include serving as a Court Appointed Special Advocate. An avid gardener, Stan grows vegetables for the Mission of Mary, providing vegetables for lunches at the Castle.

Bill graduated with a BA English Literature from Borromeo College east of Cleveland and MS Information Science from the University of Dayton.

Bill’s career was spent in computer software for NCR in Dayton for 27 years and for contractors at WPAFB for 15 years before he retired in 2011.

A Dayton Philharmonic Orchestra (DPO) subscriber since 1977, Bill was invited to the DPO board by Paul Weaver where he remained for five years before moving to the DPAA Advisory Board. There he served on Development, Community Advisory, and Education committees. BIll is now serving a second board term with DPAA and is the chair of the Community Engagement Committee.

Bill’s pastimes include gardening, sailing, bicycling, driveway basketball and reading. He is passionate about volunteering for groups addressing hunger relief and used to supervise a Soup Kitchen. Bill and his wife, Susan, were married in 1968 and have three children and six grandchildren. In their free time, the couple enjoys traveling.

Tom is a former teacher of various subjects at the junior high and high school levels. Once an educator, always an educator — he now works as a freelance editor helping to develop training and educational materials. When his wife and Tom decided to move to Dayton, he committed to working for peace, and that has fueled his community activism over the past seven years. That focus has meant working to support community gardens and food sovereignty efforts in the area — and singing in the world house choir.

Jeff is a graduate of Cornell School of Hotel Administration. With over 25 years of food service and management experience, Jeff is currently the Director of Food Service Operations for St. Vincent de Paul. Jeff has a regular segment on Living Dayton speaking about food, fitness and more. He also serves on the Parent Advisory Board at Dayton Children’s Hospital.

Jeff is a husband and father of three children.

Paula has worked in the non-profit, sales and restaurant industries.  She is currently the Business Administrator for the Abuse & Rape Crisis Shelter of Warren County and former owner of Seattle East Cafes and Zola in Downtown Dayton.  To her, balance and mission driven purpose is a privilege she whole heartedly devotes her life to.

Non-profit roles include a foster care agency, affordable housing and community development corporations and serving for the last decade at Southbrook Christian Church.  She has worked at Lexis Nexis, BEC legal and Side Effects in sales and account management.  A nerd since high school she still reads 25+ books a year and does bookkeeping and taxes for family and friends.

Amanda earned both her BA in Telecommunications and MA in Digital Storytelling from Ball State University in the early 2000's. She worked part-time serving in restaurants along the way, ultimately deciding to do course work in the Hospitality industry at the University of Findlay in 2008 before returning to Dayton. While the production background was not specifically panning out, opportunities in hospitality presented themselves, ultimately landing her a job at the Victoria Theatre Association. Amanda went from Operations Supervisor, to Event Sales Supervisor, to Event Manager, and finally GM of the Food and Beverage Department over the span of nearly seven years. In 2020, Amanda took an opportunity with Kohler Catering but was unfortunately laid off when the COVID-19 pandemic concerns started to ramp up. The very next day, Amanda and Chef Matt went into the House of Bread to see how they could help. A month and a half later, Amanda was named Executive Director of Set the Banquet Table.

Outside of work, Amanda has a love for travel inspired from an early age when she shared her home with exchange students from all over the world. Her partner shares this passion and they love learning about new cultures abroad and at home. The various festivals around the Dayton area a favorite of her family with the Reggaefest and Hispanic Festivals being the top two. She is constantly inspired by her city, Dayton, and is happy to pitch in when possible, volunteering for Dayton World Soccer Games, YWCA MLK Day of Service, Dayton Pride Festival and more.

A native of the Dayton area, Chef Matt DeAngulo is the Culinary Director of Set the Banquet Table and Executive Chef of SBT Chefs, a project of Set the Banquet Table. Previously, Matt was employed as the Executive Chef by the Victoria Theatre Association’s Citilites at the Schuster Center and Event Services Department for nearly six years. While at the Victoria Theatre Association, Matt created for a multitude and variety of events from dinner service at Citilites, to full service dinners for 400 on the Mead stage, to French Molecular Gastronomy Wine Dinners, boxed lunches for 900 and more.

Matt has been in the restaurant business since he was 13. After almost 35

years, he has designed, owned, operated restaurants as well as consulted and taught throughout his culinary career. Matt still finds his passion in creating unique dishes that incorporate classic techniques and the innovative methods of modern gastronomy – including molecular gastronomy – all while using as many local ingredients as possible. In 2017, Matt won the Chef’s Choice Award for the Best Dish at the March of Dimes Signature Chefs Auction.

being a past board member for Set the Banquet Table, raising money and awareness for local food pantries and shelters. Matt participated as a guest chef in the Doors of Compassion event for more than six years and has coordinated special fundraising events in Montgomery County.

After working eight years in local TV news and five years in communications at a Dayton high school, Kary Ellen was ready for new opportunities. Those new opportunities most recently have included performing website and social media work for Incline RE/MAX in Cincinnati and media consulting, website and social media work for Set the Banquet Table.

Kary Ellen enjoys being outside and is a big sports fan. She met her husband more than 15 years ago while they were both at school at Wilmington College where Kary Ellen majored in communications/journalism and minored in psychology. Kary Ellen and her husband have been married since 2009 and have twin girls and a son.